Barry Hines, the author of the novel on which Kes is based, was a secondary school Physical Education teacher. He wrote this, his second novel, in 1968. It was inspired by the experience of Richard, Hines’s younger brother, who had tamed a young hawk called Kes. Tony Garnett, the producer of the film, first met Ken Loach, the director, while working on BBC TV plays. In the 1970s they worked together on several other films dealing with serious themes such as poverty, homelessness and unemployment.

The film cost £150,000 to make – a tiny budget by modern standards. It was filmed in and around the town of Barnsley in Yorkshire; several non-professional actors were used in the school and street scenes, and they used the authentic local dialect. The film received a positive critical reaction (but not in the USA where audiences found the Yorkshire accent difficult to understand). A poll conducted by the British Film Institute in 1999 asked a range of people involved in the film industry to nominate the greatest British films of the 20th century: Kes came 7th. 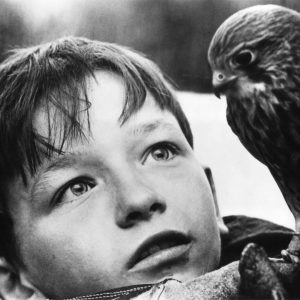