This film is one if the most successful comedies ever made in the UK, making more than £140 million in world ticket sales, although it cost relatively little (£2 million) to make. The writer, Richard Curtis, did his earlier work in TV with series such as Blackadder and Mr Bean. Following the success of Four Weddings, Curtis went on to write Notting Hill, Love Actually, The Boat that Rocked and About Time. Following the inclusion of one of WH Auden’s poems in the film, a book of love poetry by this British poet (dates 1907–1973) became a best-seller. 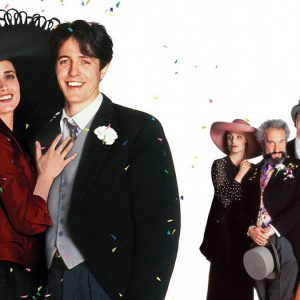